From AIOWiki
Jump to navigation Jump to search
Bill Maier 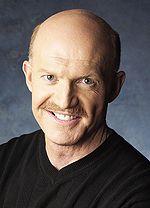 Dr. Bill Maier hosts two programs known as "Family Time with Dr. Bill Maier" and "Family Insights". He also acts as the co-host for the national radio broadcast "Weekend Magazine". Dr. Bill Maier is a respected and licensed psychologist. His work for the Lord has taken him to places such as the Children's Hospital in Los Angeles and the Long Beach Guidance Center. Dr. Maier is known for his capability and experience in parent training and his wise advice on family situations (especially in his work as a media-spokesperson for Focus on the Family). Dr. Bill Maier and his wife Lisa have three children. They have been married for over seven years.

Bill Maier has played five characters on Adventures in Odyssey. Bill is also a psychologist in residence for Focus on the Family. Dr. Maier received his master's and doctoral degrees from Rosemead School of Psychology at Biola University in La Mirada, California.

Click one of the above tabs to see what Bill Maier has done on Adventures in Odyssey.
Bill Maier has acted in 10 episodes with an average rating of 90.6%