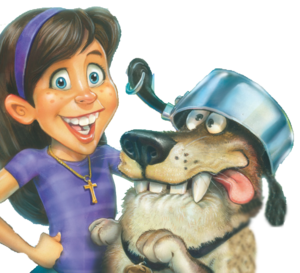 Normal is Donna Barclay's dog. His original name was Rascal (which was the name the worker at the pound had given him, as he had a knack for escaping). Donna changed his name to “Harry”, but he never answered to it. Later, she changed his name to “Normal” at Connie’s suggestion after he came back to Whit’s End (as he had ran away the previous day). Before Donna adopted Normal, he raided Whit’s End’s kitchen, much to Connie’s frustration.