A Time for Christmas (sampler album) 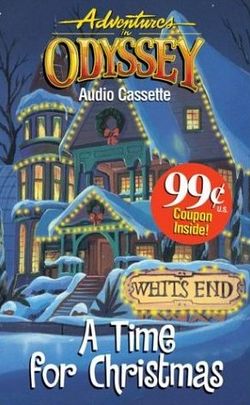 This article is about the sampler album. For the episode, see A Time for Christmas.

It’s Christmastime, and Courtney is busy rushing around buying presents for everyone. In fact, she’s so busy, she doesn’t have any time to help Jenny put on a Christmas show for her school, participate in the nativity program at city hall, perform in the holiday pageant at church, or even get involved with the Angel Tree project at Whit's End. Whit feels it’s time Courtney discovered what Christmas is truly about. He takes her on several trips in the Imagination Station so she can see into the hearts of others who have celebrated the birth of Christ. The trips are effective. As the Station winds down, Courtney wishes she could help those in history who are less fortunate than herself. She opens the door and steps into Jenny’s house. Jenny is upset that Courtney couldn’t find the time to help her with a simple holiday program. Suddenly, Courtney realizes just how selfish she has been. Just then, the Station winds down again, for real this time, and Courtney is back at Whit’s End. The real Jenny is sitting there. Courtney quickly volunteers to help her friend, for she finally understands the true meaning of Christmas.