From AIOWiki
Jump to navigation Jump to search
Kevin McCreary 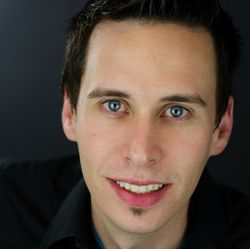 Kevin McCreary is a writer, editor, voice actor, producer, and former employee of Focus on the Family. Kevin continues to do freelance work for the Official Adventures in Odyssey Podcast, and has written, produced, and acted in the majority of the Avery Awards podcasts episodes. He also runs a comedic YouTube channel called "Say Goodnight Kevin."

As a fan, he co-hosts the Odyssey ScoopCast, and was the co-creator and producer of The Ceiling Fan Podcast, and the voice of Ethan Daniels and John Watsenburger on the series. Kevin has also played a few minor roles in Odyssey: himself in Album 53, and Douglas Helm in A Penny Earned.

Ethan Daniels, voiced by Kevin, is the fictional host of The Ceiling Fan. Ethan Daniels is your typical 15-year-old Adventures in Odyssey fan...meaning he is everything but your typical 15-year-old. When he was younger, his grandmother bought him a kids meal at Chick-fil-A, which contained his first exposure to Adventures in Odyssey. From that moment on, Ethan began proclaiming himself as the biggest fan of the show, or, "the biggest Odyssey fan." At the age of 14, Ethan discovered the avenue of podcasting. He knew that this was the only way he would have the chance to proclaim to the world the truth about his fandom. Ethan is known for his undying crush on longtime Odyssey voice actress Katie Leigh. He also has a tendency to be a bit overbearing. When he grows up, Ethan hopes to be a voice actor and play kids voices on the world's #1 audio drama... Adventures in Odyssey of course!