From AIOWiki
Jump to navigation Jump to search
Charlie Richards 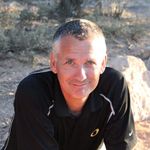 Charlie caught the writing bug when he was a certain age, though he has blocked out of his memory when he accidentally squished it one day. Whatever the case, he’s had writing fever ever since. Charlie has written multiple Adventures in Odyssey episodes, as well as commercials, news, speeches, and even prime time sitcoms. Charlie lives in Buford, Georgia, with his wife and four children. He is the creator and writer for "Life at the Pond," a children's radio drama and DVD production series. In his spare time Charlie likes to sharpen his ninja skills by playing group games such as ‘Sardines” and ‘Hide and Seek.’ He has gotten so good, however, that we haven’t been able to find him to verify that this is still true.