From AIOWiki
Jump to navigation Jump to search
Alan Bergmann 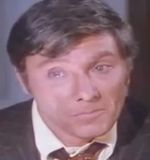 Alan Bergmann (born October 17, 1927) was an American character actor known mostly for his roles on TV shows in the 1960s-1970s. On Adventures in Odyssey he is best known for his recurring role as Connie's father, Bill Kendall — a character more often mentioned than actually heard due to the character's inconsistent presence in Connie's life.