From AIOWiki
Jump to navigation Jump to search
Julius Caesar 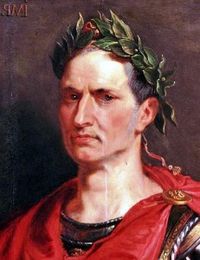 Julius Caesar was a Roman military and political leader during the end of the B.C. era. He was assassinated 44 B.C.

He had two sons and one daughter.

Julius Caesar has appeared in 3 episodes, has been voiced by 3 actors, and has received an average user rating of 87.7%.