From AIOWiki
Jump to navigation Jump to search
John Newton 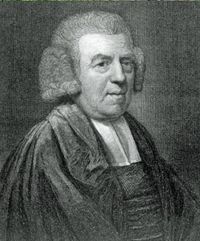 John was born in England in 1725, the son of a captain in the British merchant fleet and became an experienced sailor by the time he was a teen. John was in love with a girl named Mary Catlett, who was a strong Christian. John’s mother was a devout Christian, but died when he was young, making John want nothing to do with Christianity. Mary was unwilling to commit to John for this reason. As they parted, Mary gave John a Bible to take with him when he went to sea.

While on an excursion, John was taken captive and pressed into service for the British Navy, where he served two years on a warship. When he discovered that he would not be allowed to leave the ship while it was in England, he tried to escape and was flogged. John eventually ended up on a slave ship, but prospered there, becoming captain of his own ship at the age of 23.

Though successful, John felt restless and began to read the Bible and other Christian books despite mocking from his crew. A huge storm hit his ship one day and John cried out to God for deliverance while tying himself to the ship’s wheel to steady it. After being delivered from the storm, John realized it was God who saved him and committed his life to Christ. Eventually he set his course for the Catlett home in Plymouth. Mary, who had been praying for John daily, happily agreed to marry him.

John later became the rector of an Anglican church in Olney and began writing poems and songs, including "Amazing Grace." Finally, he became a pastor in London, where he influenced William Wilberforce, who led the fight to end slavery in England. John died in 1807, at age 82, living to see Britain's abolition of the African slave trade.