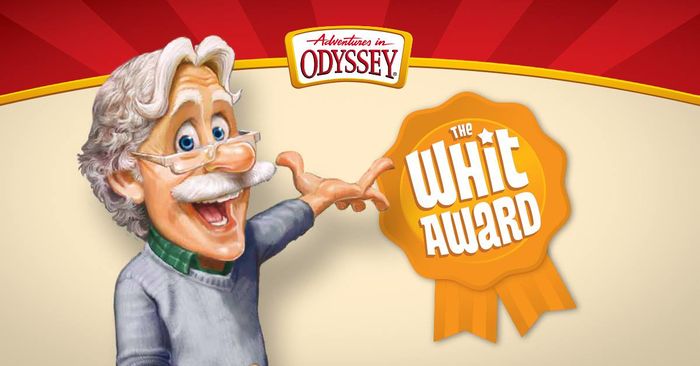 The Whit Award is a yearly award, first held in 2015 and named "The John Avery Whittaker Award". People "nominate" others to win a prize who have played a important role in their life similar to John Avery Whittaker, such as a Sunday School teacher.

The submission deadline for the 2015 contest was October 31, 2015. Beginning November 1st, every day a new winner of a prize pack containing "Taking the Plunge" and a DVD of a film entitled "Beyond the Mask". The Grand Prize Winner, TBA November 20th, will win a $500+ of Focus on the Family resources as well as an Odyssey Adventure Club membership.

The submission deadline for the 2016 contest was October 31, 2016. Beginning November 1st, a new winner of a prize pack containing $35 worth of Adventures in Odyssey products including "Album 61: Without a Hitch" was picked daily. The Grand Prize Winner, Coach Larry Stuckey, won $500 worth of Focus on the Family resources including a 1-year Adventures in Odyssey Club membership.