From AIOWiki
(Redirected from Jimmy)
Jump to navigation Jump to search 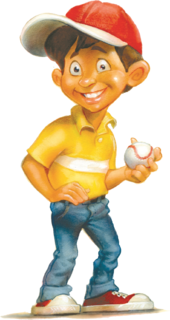 Jimmy has a great imagination and loves to have fun.

Jimmy's parents are George and Mary Barclay. He has two siblings, Donna and Stewart Reed. His Grandfather is Grandpa Barclay. In his life, they have had one cat, Ferguson (who was given to Donna by her friend Karen Crosby before Karen died from cancer), and a dog, named Normal. It is also mentioned that he has a deceased Great-Grandmother Benson in Family Vacation, Part 1.

Jimmy is typically adolescent in his outlook on life. He’s had a difficult time with growing up and dealing with the new realm of teenage problems. He’s also a cynic, often directing wisecracks at his family. But he is deeply devoted to his family and a “Barclay" through and through. He loves to play "Zapazoids."

In the two-part series Living in the Gray, Connie discovers that Jimmy's really been living a double life. He tells his family and friends that he works for a big local newspaper and is making good money, but in reality, he's almost a vagrant, relying on his employer for housing, and works for a small tabloid.

Following his adventure with Connie in D.C., he returned to Pokenberry Falls with his father. This was likely temporary, however, as Jimmy was living in Parkersburg, New Hampshire by the events of #638: “The Triangled Web, Part 1” and appeared to be back in the Washington scene as of #???: “B-TV: Live!”.

Jimmy Barclay has appeared in the following albums:

Jimmy Barclay has appeared in the following club seasons:

Jimmy Barclay has appeared on the front cover of the following albums:

Jimmy Barclay has appeared on the back cover of the following albums: