From AIOWiki
(Redirected from Album 56)
Jump to navigation Jump to search
Album 56: The Grand Design
Front   Back   3D   Art

Whit works on sketches in his workshop 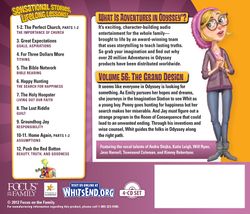 Whit works on sketches in his workshop 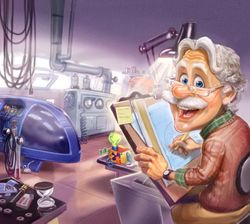 The Grand Design is the 56th Adventures in Odyssey mainstream album. It was released in 2012. Its episodes began airing on the radio starting on October 6, 2012 and finished on December 22, 2012.

It seems like everyone in Odyssey is looking for something. As Emily pursues her hopes and dreams, she journeys in the Imagination Station to see Whit as a young boy. Penny goes hunting for happiness but her search makes her miserable. And Jay must figure out a strange program in the Room of Consequence that could lead to an unwanted ending. Through his invention and wise counsel, Whit guides the folks in Odyssey along the right path.